Dressage does a body good

I realized I have three pictures of my horse in the same place facing the same way across four years. 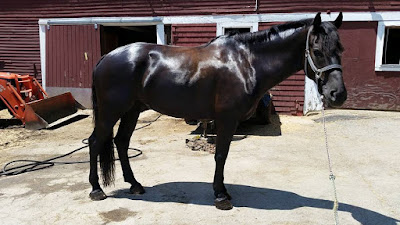 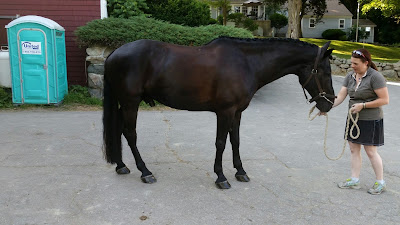 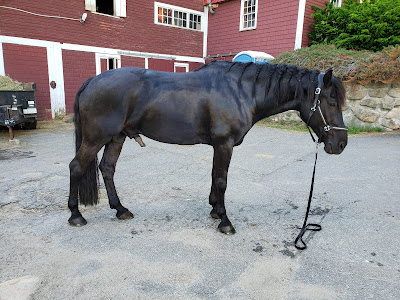 We finally fixed that problem with the dip in his neck!  Also look at the size of that booty.  And shoulders and abs, but mostly booty.  His whole back has lifted especially right behind the saddle which explains why I have to get his saddle reflocked AGAIN to adjust for all that muscle.  He just looks beefy in that last shot and I know he feels broader.  I feel like I've got more horse to sit on.

Which has it's ups and downs.

I didn't feel like I was seeing a lot of change last year, but with the addition of collection this winter, mi papi has become a bit of a beef cake.  I thought he was getting fat since his girths weren't fitting right but . . . maybe he doesn't need a diet after all.  That pony does not look chubby, he looks strong.

I also love the lack of a chain shank and improved feet over the years, but that's a different topic.
Posted by Catie at 7:27 PM