I am the worst DQ ever.  Just had to get that out of the way.

Yesterday saw the return of the figure eight exercise.  We're working hard on being able to change the flexion back and forth and hooking that into the idea of changing leads.  Specifically, changing leads over fences.  The idea is that if we can get it over fences, then we can get it over poles, then he'll have the idea and we can introduce it on the flat.  It's a good theory and a fantastic check for our progress on making him even and forward.  It also has the side effect of improving our simple changes when I botch the change over the jump.  That happens a lot. 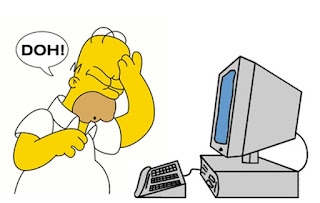 For some additional fun and entertainment, Trainer A decided to decorate the fences.  One got some barrels, one got a really gaudy blanket I donated to the barn, and another was set up with the blue tarp like a liverpool.  Theo's grown up so much that I decided to not let him have a peek or warm up over the scary fences individually.  Trainer A added the decorations once we were ready to start and mi papi jumped them cold.

I'm so proud of him, he jumped every one on the first attempt.  He did put his head between his knees to get a look at the liverpool in mid-air, but that was pretty adorable and he didn't hesitate so I was happy.

We got our changes from right to left (even over a ground pole one time, progress!) but not left to right.  We've never gotten it left to right.  He prefers to land on the left lead and doesn't really get what I'm after when I start trying to ask for the lead change.

My last round and I was determined to do better on my changes.  Trainer A told me I was making it too complicated and that she wanted me to do exactly one thing at take off:  cue with the new outside leg.  Out of habit I do the rest, so I needed to try to keep it simple and not throw Theo off balance with my hula dancing while trying to set up the change.  Way too much thinking and wiggling going on. 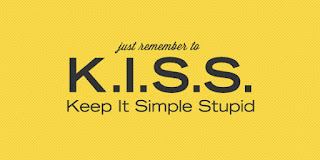 First one was right to left.  Nailed it.  Second one, left to right.  Got it behind but not in front.  I fixed it and then turned to number three.  I was fussing with the bend and didn't get my line right.  I knew the distance was borked as soon as we were out of the corner.  Well done, Catie.  I could either come back and add or move up and take the longer distance.  Since it was the liverpool jump he was still eyeballing, I wanted to ride in with a very forward feel.  I'm also a card carrying member of the 'when in doubt, leave it out' club.  I sent him forward with a big squeeze, keeping in mind his history of sucking back or flat out refusing fences that he's eyeballing.  But somehow, I just knew he was going to go over it even with my screwed up approach.

I should have remembered the canter lengthening practice we'd been doing.  Unlike the past where Theo would lag, then go forward when asked to move up to a jump, he surged forward right off the mark.  One, two, three, LAUNCH.  The distance was on the long side but not a flyer since we'd made up so much ground.  Theo snapped his knees to his nostrils and I swear his belly was around the tops of the standards.  That pony has some springs!  It was like he was suddenly shot out of a gun, ka-pow! 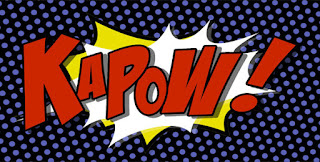 I heard an enthusiastic 'nice ride!' when we landed with the correct lead.  It took a second to get him back, he was very excited about how big and powerful he was.  We came around to jump four and he was right up in the bridle.  That helped a lot because I could focus on straight with forward already in place.  Three, two, one, new lead!  Theo landed on the right lead as naturally as anything.  I whooped and jumped off of him while he was still trotting to give him cookies and loosen his girth.  Finally, after months of trying, we got the left to right change. 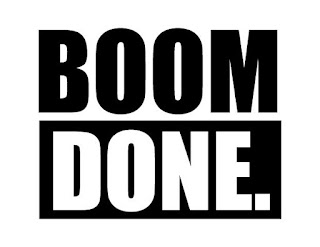 Trainer A was very pleased.  She spotted some things since she was watching from a different angle than usual and noted we drift out when coming to a fence on the left lead.  Once he was really rolling, I rode him very straight (because he's a lot of horse when he's up) and that made the change easy.  So it's not so much about getting the change as it is about getting him truly straight to the jump.  It looks like he has the idea now.  Ugh, more straightness work.

But if that's what it takes to make my pony launch like a rocket over a liverpool, I'll take it.