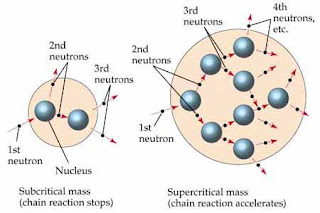 I got a message today from a friend that had the horse person dream actually come true.  She's a professional at a swanky h/j barn (we used to work together), but her heart is in dressage.  She's been riding a client's dressage horse for about a year now and she loves him.  He's beautiful, he's talented, he's a snuggle bum, he adores her, but he's got a dirty duck spin combo when he's frisky that is pretty terrible for mere mortals to stick.  The owner knew he wasn't a match for her and rather than sell him on, she practically gave the horse to my friend who is unfazed by the potential spin.  She now owns a beautiful, talented WB to show.  She hasn't had a horse of her own in awhile and I'm very happy for her.

We're now excitedly discussing next year and coordinating travel so we can hit the sanctioned shows and both go to regionals.  She's a pro so it's a tougher challenge for her in terms of qualifying scores, but well within her abilities, especially with this horse.  She's also actively going after her Bronze now, starting at First.  We have Trainer A taking a client horse out to the sanctioned shows and Dorkzilla's owner is talking about going back into the dressage ring next season.  Trainer R is looking for someone to take Miss Thang out and qualify her.  That's four horses that are going to be out doing the shows and gives us a combination of trailers and home bases to work from.  That's critical mass, all systems are go!

Goals:
1.  Qualify for the Region 8 Championships at Training Level
2.  Actually go to the Regional Championships
3.  Get my last First Level score for my Bronze
- Fi's scores didn't count because I was showing opportunity classes.  Fail.
4.  Complete a three phase with less than 100 faults on cross country
5.  Do two clinics

Goals are fun.  Let's see how I do with them.