After a December that seemed like October, January has decided to remind us that winter in New Hampshire is very serious business.  The crazy yo-yoing weather has resulted in a lot of melting and refreezing to form sheets of glaze ice everywhere and now we're cold with lots of wind.

I guess this is what I get for calling Mother Nature off her rocker. 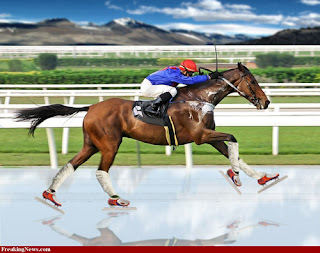 Theo has been a well behaved pony so far this winter, no lunging needed, but he's definitely a delicate princess about the cold.  It was 0 degrees and windy last night, so he had a cooler on under his heavy turn out blanket for extra warmth.  When I came out to ride today, it was all of 15 degrees and still very windy.  When I pulled off his heavy back to tack up, he broke out in goosebumps despite using two coolers.  Poor baby.

While some horses get hot and wild and start powering around the ring, Theo just throws little temper tantrums like curling behind the bit and humping his back rather than go forward.  It's cold and he doesn't like it and he doesn't want to work, good day, sir! 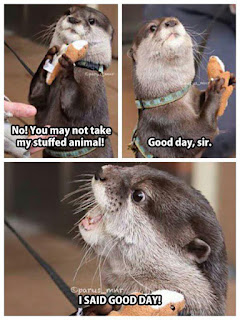 Down side to getting Theo so strong and flexible through his back is that it's easier for him to throw a serious business buck.  I got one of those today while trying to shake him out of a temper tantrum because we wanted him to do a turn on the haunches.  I know, we're cruel and terrible people.  I booted him up into a canter (and stayed in the back seat, just in case) and knocked him out of the building problem, but it was pretty clear he didn't want to play.  We kept things light, we didn't want him breathing hard or getting sweaty, but he simply didn't want anything but his blankie and a big pile of hay to munch through.

Temperatures rebound next week so we should be back to regular Theo as opposed to chilly, cranky Theo.  I'm so glad I invested in extra blankets and a neck rug for him, he really is sensitive to the cold.  Of course next week I'll be in Florida, enjoying 70 degree weather while trying to remain sane at a work event.  I'm sure I could fit Theo in my suitcase if I try hard enough.  He certainly thinks he could use a beach vacation.
Posted by Catie at 4:57 PM