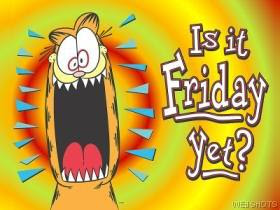 Day 2. I can't believe it's only been two days, my body certainly thinks it's been more than that. I feel a bit like I've been run over by a train. I thought I was in shape for this, riding five times a week, but that really isn't enough prep work for riding twice a day for a week. Lesson. Learned.

Today was a run through of our dressage tests for the schooling show tomorrow followed by a trip out to gallop and school cross country. Our test run through went very well, and I think we'll be quite ready for the flat work. Fiona got the middle of the day off, then it was time to pack for our field trip. I had a total heart attack when I went out to get the princess and found her panting like she had just finished running cross country with her ears drooping and looking pretty pathetic. I took her temp and it was over 102 degrees. Not a good thing when she had just been standing around. I hosed her down over and over again until she was breathing comfortably and her temp was down.

A quick check-in with the vet gave her the green light to go out with the rest of the camp. We loaded up, grabbed our gear, and took off for Jumping Branch. The princess was not entirely delighted about having to go on her own when we were going around the mile track, but when it was time to turn up the speed? She was all business. Stopping? Just a bit of a challenge, since there was a lot of track to go, but since we were going a good bit faster than our 450 mpm target, it was time for her slow down.

When it was time to jump, I was a nervous wreck. Jumping has been so dramatic for months, something to worry about and stress over. Now I was out with a group of other riders jumping in the open while Fiona was still fussing about where people were. When she spooked badly at a jump (probably a training level fence we were walking past) and tried to spin for home, my heart was around my boots. We did canter around and pop the baby fences with no issue, leaving the group behind without a second glance. When we were pointed at a Beginner Novice rolltop, I lost my nerve and squeaked 'what?'. Of course I did it, because my instructor told me to. Fiona didn't bat an eyelash. Through the trees, nice deep spot, canter away with her ears pricked and wanting to know where the next jump was.

Every jump was like that. Sit up, tell her that we're really going to do this, and we were on our way. She jumped beautifully over everything with barely a second glance. We were cantering through the water with her tugging at the bit, wanting the next jump, and I could only think that we have got an eventer on our hands.

Tomorrow is the schooling two phase. We'll be doing Beginner Novice, and of course I'm nervous. But I'm feeling more confident after the last couple days. We have a 6am wake up call, so I stayed home tonight to just rest and recharge. What a long week, and we're only on day 2.
Posted by Catie at 5:56 PM