One of the teens was taking pictures during our recent clinic.  She had some technical difficulties and the lighting was not cooperating, but we do have some evidence that we now jumpa da jumps. 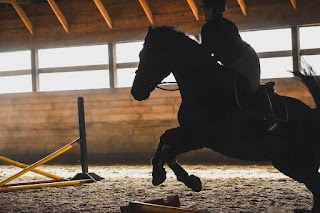 I'm happy to see my hands on his crest and loops in my reins since we've been working hard to make my demented hands behave but I'm making way too big a move over this cavaletti in warm up. 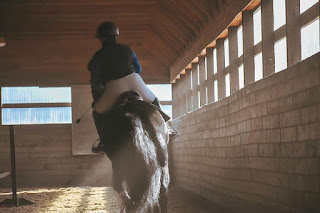 Bending to the jump on the left, my shoulders are looking better.  Theo is far from challenged by this turn, he's such a balanced boy. 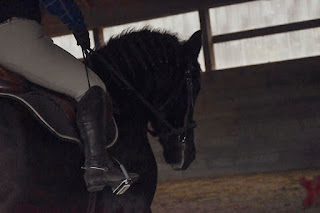 Fuzzy and scruffy looking but you can see the dressage pony lurking. 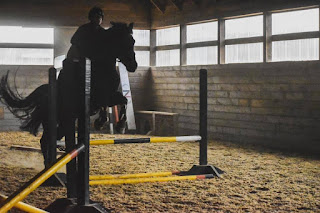 Hands are on the crest, elbows are sort of in, eyes are up on the next fence, and Theo's got everything else completely under control.

I was sad to see that none of the later courses made it into the photos but I'm super happy to have any media of us jumping.  Now to find some media of our attempts at flying changes.  Might have to resort to bribes at the barn.  I want to know what they look like!
Posted by Catie at 8:53 AM