As I got a promotion (and my annual bonus), I'm buying myself something nice.  Which means Theo is getting something nice.  I'm having some trouble deciding what I want so time to try crowdsourcing. What bridle should I get him?

Theo is still wearing that $90 bridle I got from Dover three years ago for his jumping bridle.  It's fine, but it's a little tight on him and I don't like anything tight around his ears.  I have kept it in rotation so I can have his eggbutt available for his other riders (don't want new hands using his 12mm Verbindend), but I think he's due to get an upgrade.  Probably another PS of Sweden.  I just can't make up my mind which one, the Nirak or the Jump Off or the High Jump.  We'll be doing some cross country and stadium this summer (schooling only) but no hunters, so no worries about it being less than traditional.  I want anatomical fit to keep things away from his cheek bones. 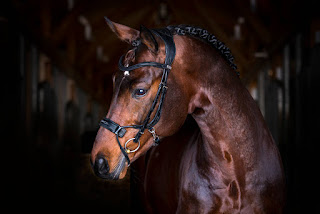 High Jump from PS of Sweden 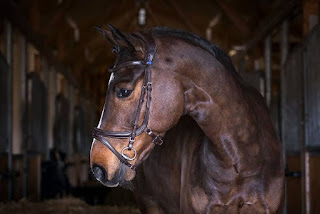 Jump Off from PS of Sweden 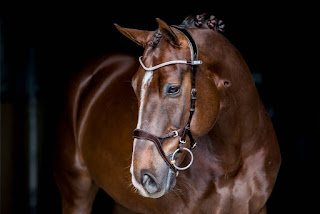 Nirak from PS of Sweden

I keep the noseband loose on my bridles so treats can be delivered, so not sure if the combination noseband on the Nirak will work.    I suspect it would work fine as a regular bridle, I just wouldn't see any distribution of pressure over his nose from the bit.  I like the idea of having only one strap running down his face.  It looks so clean and neat.  But I have no idea how it would work on mi papi's face and with a loose noseband.  The High Jump is very adjustable.  The Jump Off looks very similar to a Micklem, no one would even give it a second look.

I don't know what to pick!  Or are there other bridles I should look at?
Posted by Catie at 8:42 AM