Yesterday, as I stood in the middle of this field, looking for Theo's BRAND NEW winter shoe he'd pulled, I thought 'I need media for the blog post'. 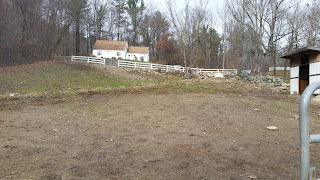 Needle, haystack, so much mud.

And then it dawned on me as I fished his shoe out of the ice cold water that runs through his field that I hadn't posted in awhile. 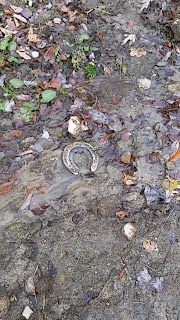 No, we're not dead.  Our schooling outings have been getting cancelled as everyone else in the world seems to understand an off season, so we've just been marching along.

I got a new haircut. 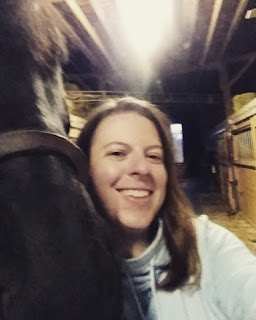 8 inches chopped off, it's insane

Theo got a new haircut. 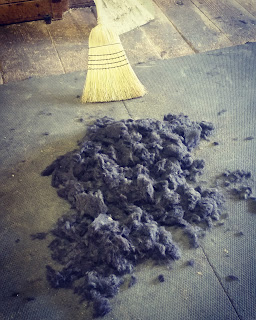 For those keeping count, this is body clip #3 for this fall.  He's half yak.

We snuck in some trail rides before the snow started to fly. 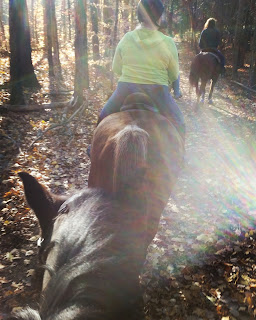 New friends!  Rox Sox the QH mare, my little strawberry the mustang mare (can't really see her), and Cinni-man, trail horse extraordinaire
I swear, these horses have real names, I just don't use them

And we've bummed around.  Today I get to cut out of work to go meet up with my farrier and get that very expensive winter shoe tacked back on.  Theo was a bit ouchy on that right front after going about 24 hours without a shoe, so fingers crossed we don't have a repeat of previous incidents.  At least it's his right front this time.

I'm looking for some clinics to break up the monotony.  The sun sets at 4pm these days, so it's indoor riding only from now until spring.  On the weekends we can escape to the great outdoors, but only if Mother Nature cooperates.  Last weekend it rained buckets on us.  Yesterday someone heard trail gallop and threw a shoe.  Doldrums and ring sour are going to become issues quickly. 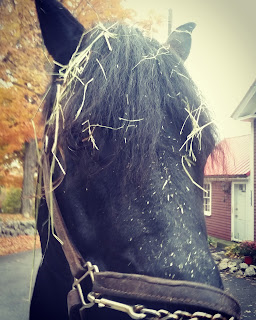 Fortunately there's a series of bomb proofing clinics being hosted at my barn this winter.  Nothing says change of pace like lots of helium balloons and pool noodles.  Yes, every horse learning Second Level dressage needs to learn how to walk over teeter totters.  Come on, it's right in the training pyramid.

Which I seem to have conveniently lost.  Just take my word on it. 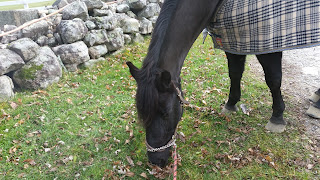 Last of the fall grass

On the actual training side, Theo is doing well.  Lots of pole work with varying distances has been upping his trot skills.  He's got such potential, but he's so dang lazy.  He's also becoming a master of walk to canter transitions.  His canter to walk transitions aren't doing too bad, either.  Leg yield will never be a stunning mark for us, he likes to fall out his shoulder and leg yield makes that so easy, but he's starting to do a few steps of half pass at the trot and even did a couple steps at the canter for me.  He was very confused and I swear he almost tripped over his own feet, but he definitely did it! 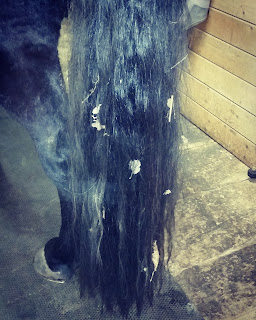 For all readers that keep saying they love his tail, this is the cost.  Daily.

I've got a couple of posts coming up to catch me up.  Theo's diet was radically overhauled this month and I want to devote a whole post to that.  I've also had to start researching new exercises since a more powerful, engaged Theo also gets bored quicker.  Hmm.  But the important part is that we're here, we're still working hard, and we've got three out of four shoes.  Not bad.
Posted by Catie at 7:27 AM