I've discovered a few things that just aren't true anymore now that I'm halfway through my third decade of life. 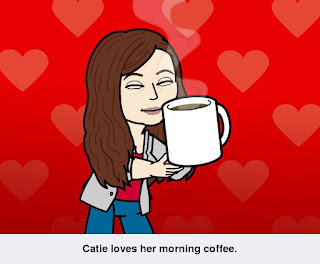 HA.  This used to be true.  I used to be able to stay up late enough to braid ten horses and then show the next day.  These days?  I'm carrying around a coffee on a normal morning.  On show mornings?  I'm getting a shot of espresso added to my second coffee, since I drank the first one on the way to the Dunkin's.  Sleep is not optional anymore and may the gods help my husband if he mucks with my precious few hours of sleep the night before an event.

2.  Falling off is part of riding. 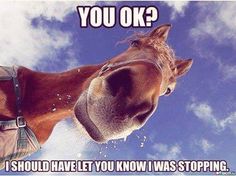 Don't get me wrong, this is still true.  It's just different.  I used to be so blase about falling off.  You hit the dirt, you dust yourself off, you get back on.  I have no idea how many times I fell off as a teen and in my twenties, I once fell off three horses in one day.  It didn't faze me much.  The last time I hit the dirt was very minor but I was still hobbling around the house the next day.  I can't even imagine doing half of the dumb things I used to do.  Riding a horse with a dirty buck is a teenager's game.  I don't bounce anymore.  I just lay in the dirt, wishing for an Irish coffee and a massage. 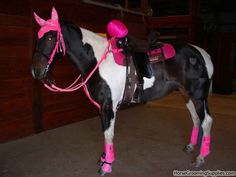 Nope.  Just nope.  It looks good on an adorable pony, but I find my black and blue colors to be much more appropriate.  I sure as heck don't want to drag eyes over to me in the warm up when I'm already a nervous wreck and trying to manage whatever my horse is throwing at me.  I'll stick to subtle colors and just blend in quietly, thanks.  Besides, nothing says ammy adult like wearing black and blue.

4.  Riding clothes can be fashionable, people think I'm wearing fashionable clothes when I stop at the store before the barn. 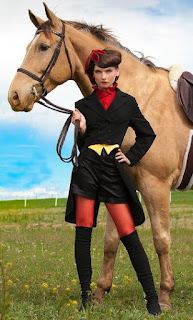 Nope.  We look silly, especially with sneakers and knee high socks on.  We're just so used to it that we look straight at the cool socks and dismiss the rest.  Even before visiting the barn, when we're not covered in hair, hay, dust, and who knows what else, we don't look fashionable.  We look horse crazy.

5.  I could move up/win/qualify if I just had more money. 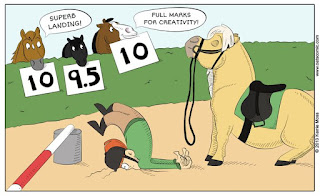 This one took a long time to get over.  Alas, it doesn't work that way.  I really thought that one day I'd have enough money to just buy the perfect show horse and win everything.  You'll never have as much money as someone else in your class.  Also, money doesn't save you from needing to spend hours in the saddle, carefully practicing everything you need to do in the ring.  A true push button show horse is like a unicorn.  I've heard a lot about them, but I've never seen one or ridden one.

I make a heck of a lot more money than I did when I was twenty, but I'm not sweeping the blues anywhere.  Money helps, but it's not the only thing standing between a rider and their goals.  It's just the easiest thing to point at.  It's a lot harder to point at lack of time, lack of fitness, and lack of consistent training.

But on the plus side, here are some new views that I have:

2.  Nothing helps buffer a bad dressage test like a really nice ruby port and some dark chocolates from Godiva while in a bubble bath.

3.  Being the adult in the group means you get to pick the music while driving to the show.

4.  Handing the reins of a horse that is doing a grand impression of a kite to a teenager and telling them to handle it is freaking fantastic.

5.  Getting to be the adult the kids run to when they need advice, even when it's not for horse related stuff, is very cool.