The definition of insanity is doing the exact same thing and expecting a different result.  After my ride yesterday, I was a sore, creaky, achy mess.  So what did I do today?  I went riding.  When the trainer texted the suggestion that I do a pas de deux lesson with another adult rider, I said sure.  That sounded like fun, surely I couldn't be that sore come morning.

I crawled from bed in a dramatic display of mind over aching body.  Advil and coffee got me rolling and to the barn.  I was actually feeling better after some stretching, but then I climbed on.  So many achy spots.  I will never, ever make fun of a man that crushes his junk on the pommel of the saddle again.  At some point in my previous ride, I had acquired a bruise on a very delicate part of my anatomy, probably from whacking the pommel.  I did not enjoy sitting down in the saddle much today.

The lesson went well, we practiced trotting and walking and halting together.  The other rider rode the trainer's horse Buffy, who I've dubbed Miss Thang.  Leggy, athletic, and certain that all eyes are on her at all times.  She was rather intimidating to my Big Papa.  He did not enjoy turning toward her in close quarters.  I think that shows good judgement, mares are funny about their personal space.  By the end, the two of them were getting used to the idea and the two riders were running into less things.  Success! 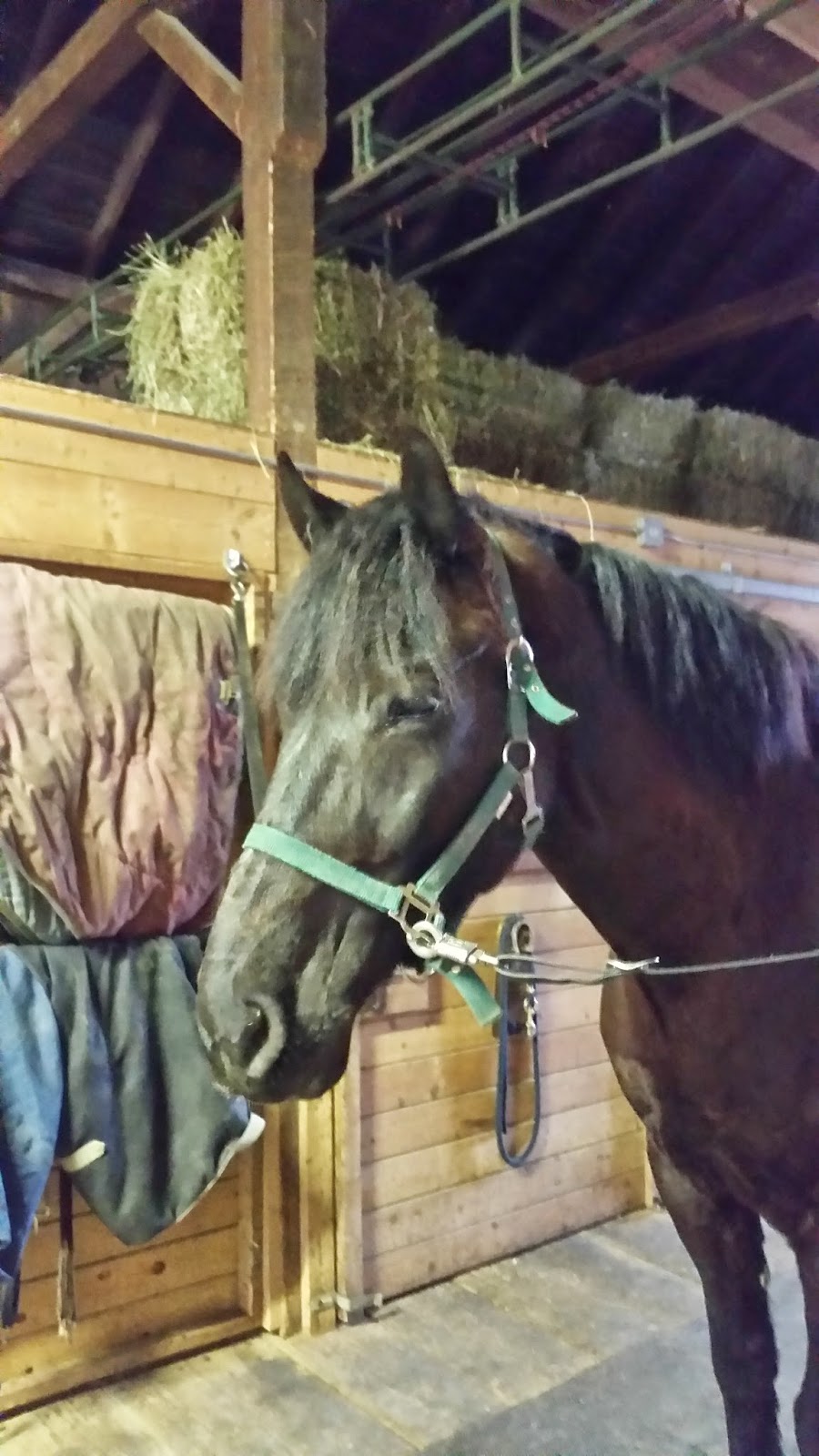 Big Papa, watching a small child that had a crinkly wrapper.

The hair of the dog that bit you might be a way to handle a hangover, but it's less effective for sore muscles.  I oozed out of the saddle more than dismounted and am now propped up at my desk.  Advil, coffee, and protein for muscles that are repairing themselves.  I promised my body that we won't do this again for a couple days, since repairs are rather important.

Rumor has it that I'll be riding Miss Thang soon.  As much as I'm enjoying Big Papa, I think I'll like that mare.  Nice smooth gaits mean less time smacking into the pommel after dropping your stirrups and it's hard to explain to people why you have a bag of frozen peas in your lap.